The Moose Pond Dam is located near the center of Denmark at the intersection of Route 160, West Main Street and the Denmark Road. It holds back the water we know as Moose Pond. The dam is inspected on a regular basis and repairs are scheduled as required. The dam was reportedly originally built in 1792 with a major reconstruction in 1941 which introduced the concrete components.

The dam is approximately 75-feet wide with a crest height of 12-feet. It consists of three channels separated by concrete buttress walls varying from two-to-three feet in thickness. The sluice gates were repaired in the 1980s. The stop logs and center support posts were replaced in April of 2000. The dam underwent a major rehab in 2004 upgrading deteriorated concrete buttress walls, supports, and slabs, painting all exposed steel and replacing a heavily deteriorated concrete walkway with a fiberglass grated walkway over the West Spillway.

In 2019, the Town of Denmark – who owns and maintains the dam – requested an inspection of the existing conditions to be performed by Woodward & Curran, an engineering firm. The firm identified several major issues including:

As mentioned earlier, the town of Denmark is responsible for the maintenance of the Moose Pond Dam but, as is customary in other lakefront communities, Denmark contacted the other towns with tax paying properties on the lake, to see if they would share the cost associated with the necessary repairs. The town of Bridgton agreed to participate. Sweden did not originally agree to do so but the Town’s selectmen are currently asking their residents to consider it.

A contract was awarded to Knowles Industrial Services out of Gorham, Maine. The Proposed repairs are expected to cost a little over $170,000. Repairs to the concrete and gates were completed this fall when the level of the lake was lowered by approximately one foot. Painting of the steel structures and replacement of the sign will be completed in the spring of 2022. The level of the lake will not need to be lowered to complete that final phase of the work. 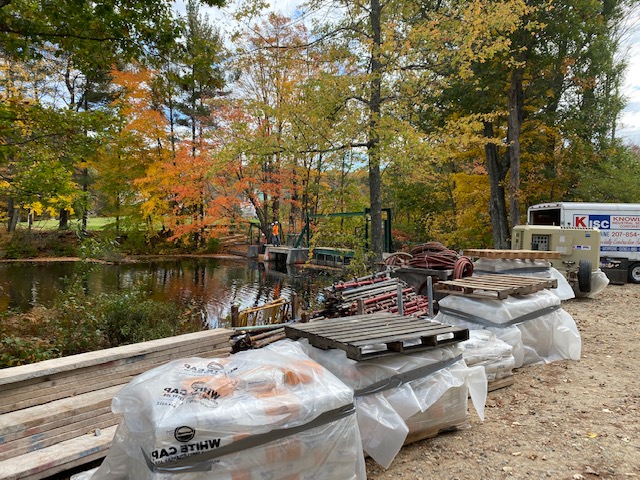 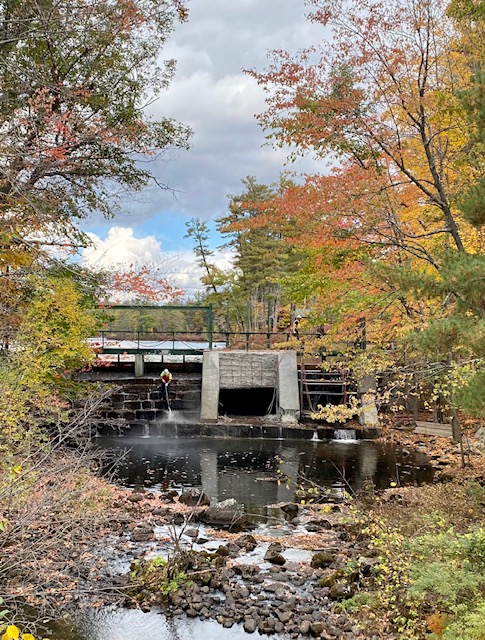